This is the fifth post of a series describing simple scripts that I wrote to ease my life as a programmer.

They are available on github: fork & hack at will!

Watch reacts to changes in a directory executing a command provided by the user. It can be used, for example, to monitor a directory and run some unittests as soon as files in it change. This is exactly how I am using Watch in acme. 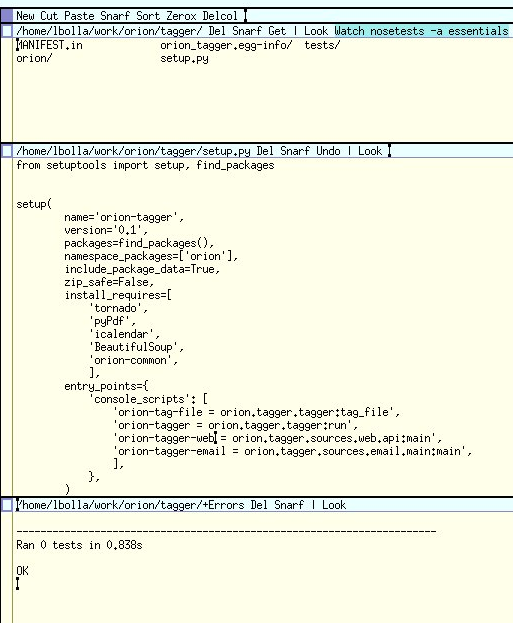 Watch is based on the pyinotify library, a very slim, one file library that I included my repo for simplicity. Basically, pyinotify relies on inotify, an event-driven notifier merged in the Linux kernel since version 2.6.13: given a directory to watch, it raises events that users can process defining handlers in the ProcessEvent class.

One note is that Watch refuses to run its command more often that once every 3 seconds. This is to avoid that multiple events raised on the same directory too quickly queue up too many processes.

Here is the code: